Have you ever started any venture but pressurized into quitting? Obviously if you are an entrepreneur the answer should be a resounding YES. The purpose of this post is to encourage you not to despise the days of small beginnings, be diligent and believe the future holds greater harvest than you can imagine. 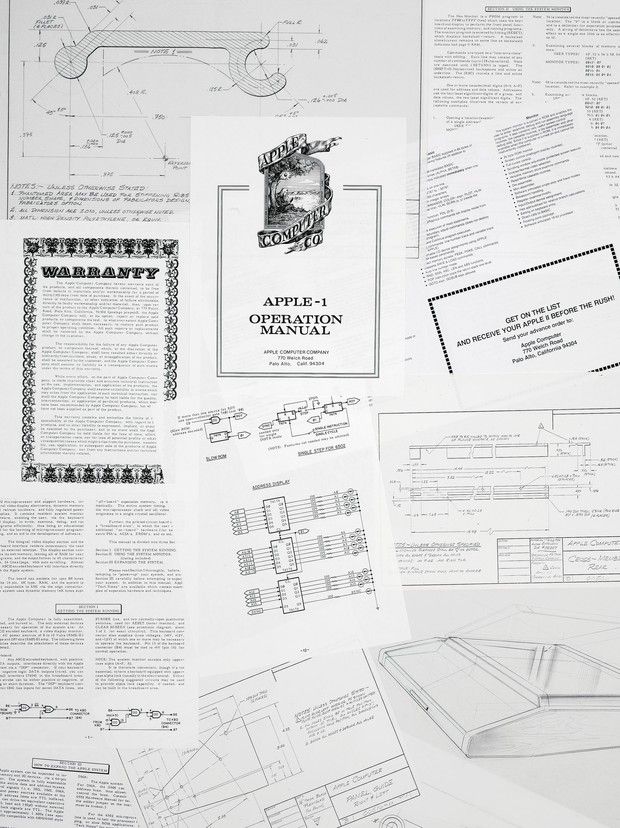 Also note that Apple started with the funding option of Boot Strapping and Upfront payment and Wayne paid a major role. Jobs approached the owner of The Byte Shop, Paul Terrell, who promised to buy 50 of Apple1 only if it came fully assembled. Jobs, Wozniak and Wayne commenced building the machines.  Jobs secure the parts needed while Wozniak and Wayne assembled them. Terrell still paid them though he wasn’t fully satisfied with their total delivery and eventually 200 of the Apple I’s were built

However due to personal commitments Wayne sold off his equity in April 12th 1976, got US$800 and left with the Apple Logo and Original Partnership agreement.

This act would have seriously dealt a big blow on Apple, however sometime in the same year 1976, Arthur Rock being a venture capitalist and Mike Markkula developed a new Apple business plan and converted the partnership to a corporation but paid off Wayne to the tune of S$1,500.00 not to hold any claims against the new corporation. 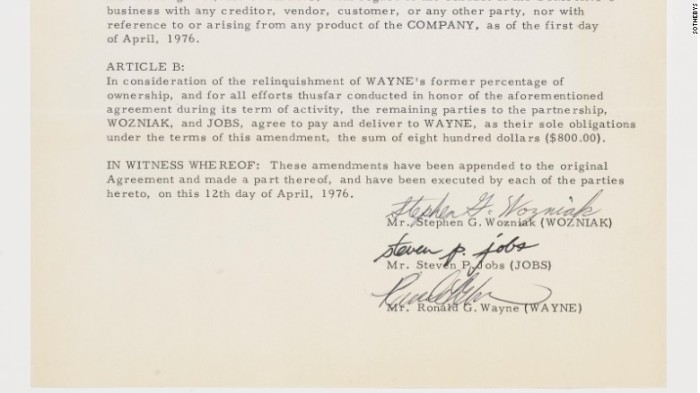 It is worthy to note that Wayne and Jobs were friends and former colleagues at Atari, hence in 1978 which is two years after leaving Apple, Jobs attempted to get him to return but Wayne resisted and chose to join Lawrence Livermore National Laboratory from Atari where he was and later an electronics company in Salinas, California.

In order to put everything about Apple behind him, about 15 years later, in the early 1990s Wayne sold the original Apple Partnership agreement, signed in 1976 by Jobs, Wozniak and himself for $500. Hence the total payment he got for his participation in the Apple Computers now rose to US$2,800.00.

However In the year 2000, Wayne was invited by Jobs to attend a presentation of new Macs in San Francisco. He received first-class plane tickets, was met at the airport by Jobs’ chauffeur, and was put up in a luxury room at the Mark Hopkins Hotel. After the conference, Jobs, Wozniak and Wayne ate a long lunch at Apple’s cafeteria and reminisced about old times.

SOME IMPACTS OF WAYNE’S DECISIONS.

SOME OF WAYNES QUOTES

In July 2011, Wayne published a memoir titled, Adventures of an Apple Founder. Plans for initial exclusivity on the Apple iBookstore did not pan out.

View all posts by connectskillsng